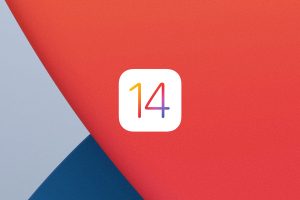 iOS 14.5 could let you install security updates without updating your software

The fourth beta of Apple’s newest operating software was released to developers this week – and it looks like there’s good news for users with older iPhones.

According to a report by 9to5Mac, Apple is working on a way to deliver iPhone security updates without requiring you to spruce up your phone’s software.

The new options, which are hidden in iOS 14.5’s internal codes, would allow users to patch security flaws without updating to the latest version of iOS. This feature would be especially useful for users with older handsets that can’t handle the latest software.

The option would also be great for users who like the way their phone the way it is and aren’t interested in updating to the latest software and features just yet.

Currently, Apple only allows users to install security fixes alongside software updates on the iPhone, meaning there’s no way to patch bugs without also updating iOS. However, this doesn’t apply to all Apple products. Mac users, for example, already have the option to receive security patches without updating to the latest macOS.

The update will deliver a number of useful features, including controller support for the new PS5 DualSense and Xbox Series X controllers and the ability to unlock FaceID using an Apple Watch.

Other new features include App Tracking Transparency pop-ups that make it easier for users to opt out of targeted advertising, AirPlay 2 support for Apple Fitness Plus and 217 new emojis.

If you’re keen to get your hands on the incoming update, you can follow our guide to install the iOS 14.5 beta right now.

The post iOS 14.5 could let you install security updates without updating your software appeared first on Trusted Reviews.