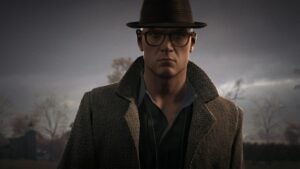 Hitman 3 on Xbox Series X has the edge over PS5, according to new analysis

Digital Foundry has pitted the PS5 and Xbox Series X versions of Hitman 3 against one another, and it seems that Microsoft’s next-gen console has a subtle advantage.

Launching across PS4, PS5, Xbox One, Xbox Series X/S and PC earlier this week, Hitman 3 is the final chapter in Agent 47’s World of Assassination trilogy. It’s fantastic, and seems to run brilliantly on the majority of available platforms.

The best graphical showcase can be found on PC and the next-gen consoles, with PS5, Xbox Series X and S all producing an experience that is smooth, gorgeous and satisfying to play. However, Microsoft’s flagship console takes home the win when it comes to overall resolution.

Xbox Series X renders the game at a full 3840×2160 resolution, which is a full 4K image. On the flipside, PS5 hands in a lower yet certainly impressive 1800p. Both versions of the game run at a near perfect 60fps, so you aren’t missing out on too much with the decreased resolution.

In terms of texture quality, both PS5 and Xbox Series X utilise the ultra preset with 8x anisotropic filtering, meaning that all characters and environments look silky smooth in motion. Series S is somewhat lower, and renders the game at a more conservative 1080p resolution, yet still maintains the 60fps performance cap possessed by other platforms.

Older consoles run Hitman 3 at 30fps with a lower standard of graphical quality, but still look relatively good in comparison. IO Interactive has ensured that all players moving onto new platforms receive a free upgrade, with all progress carrying over, so no need to worry about being left behind. Earning 4/5 in my review, Hitman 3 is an excellent end to the trilogy:

“If this is the last we see of Agent 47 for a long time, I’m chuffed to see him go out on such a triumphant high. Now all three games are tied into one ecosystem, there‘s no better time to jump into the World of Assassination.”

The post Hitman 3 on Xbox Series X has the edge over PS5, according to new analysis appeared first on Trusted Reviews.